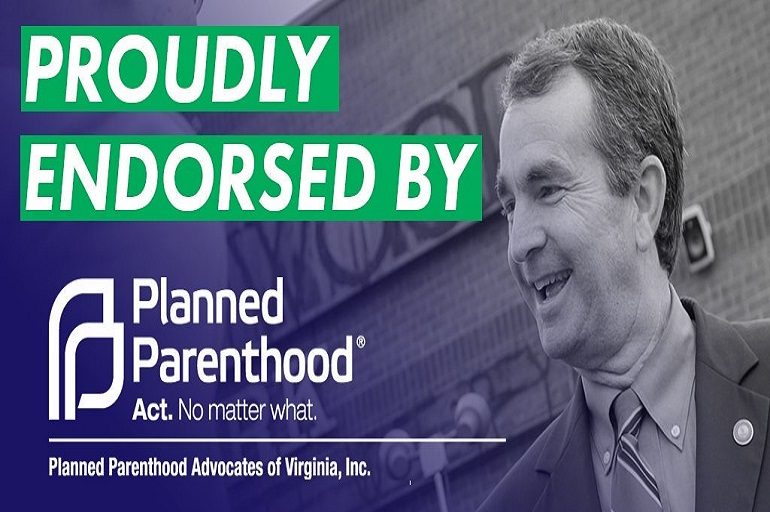 The Washington Times today reported that just hours after Governor Ralph Northam made his comments on WTOP that endorsed infanticide, Planned Parenthood Advocates of Virginia sent talking points to the Virginia deputy of Health and Human Resources. In addition, in a January e-mail, that same official requested assistance from NARAL Pro-Choice Virginia for talking points for the governor before his appearance at a NARAL press conference on pro-abortion legislation.

The relationship between pro-abortion politicians and pro-abortion groups is clear and comes at a time when Virginia is continuing to battle against those who would strip away all pro-life protective legislation.

If the legislation pushed by Planned Parenthood and NARAL Pro-choice Virginia had passed, it would have turned Virginia into New York by allowing abortion for any reason at any time. It is vital that pro-lifers make their voices heard on Tuesday!