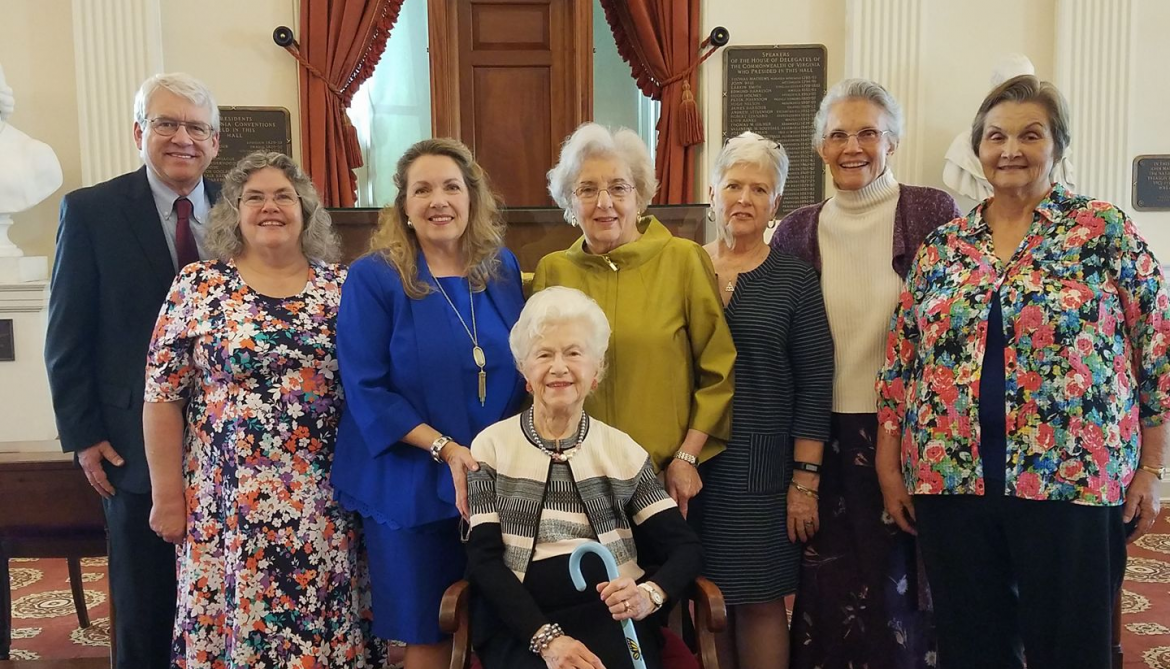 Virginia Society for Human Life (VSHL) promotes the Right to Life in Virginia through education and legislative action.

• The right to life is inalienable.
• Unborn babies should be protected in law.
• The dependent elderly, those who live with disability or chronic illness, or the terminally ill should be protected from both active and passive euthanasia.
• Women facing unplanned pregnancies should be supported emotionally, spiritually, and materially so that abortion does not feel like their only choice.
• We support legislation which respects and protects the right to life of each member of the human family, both before and after birth.
• We work peacefully within the law in order to change the law.

VSHL is a non-sectarian organization. The common thread uniting our membership is a respect for all innocent human life from fertilization to natural death.

VSHL is the Virginia Affiliate of the National Right to Life Committee.

Virginia Society for Human Life is a 501(c)4 organization.

Representative to NRLC Board of Directors from Virginia

IN THE UNITED STATES UNTIL the mid-nineteen-sixties, Virginia and all states with few exceptions prohibited abortion unless the mother’s life was endangered.

Society as a whole regarded abortion as an abhorrence–morally and legally. Even the word “abortion” was unmentionable, so evil and alien it was to the innate dignity and sanctity of human life. No matter society’s other failings, the innocent and helpless babe awaiting birth was the most inviolable life of all.

Into this atmosphere, a concerted thrust for radical change was made by dissident elements in the fields of law, medicine, public health, and eugenics.

The year following, 1967, seeing the handwriting on the wall, a handful of concerned citizens founded the Virginia Society for Human Life to defend Virginia’s law. It became the first state right to life organization in the country.

However, in 1970, after failing two years earlier, the pro-abortion forces succeeded in changing Virginia’s law to permit abortion in case of rape or incest, if a child might be born with a defect, and for reasons affecting the mental or physical health of the mother. By 1972, a total of 17 states had similarly weakened their abortion laws. But now the tide had turned and no additional state changed its law prohibiting abortion.

The abortion lobby then turned to the courts to overturn state abortion laws. This move led to the 1973 Supreme Court legalization of what is tantamount to abortion on demand for the full nine months of pregnancy, an action so radical as to astonish even the most strident abortion extremist. The action in effect invalidated all laws prohibiting abortion in the 33 states that had never liberalized their laws as well as any restrictions still remaining in the 17 states that had changed their laws.

VSHL expanded its mission, program, organization, and membership. Goals included restoration of the protection of the life of the unborn child in law and public policy and now also covered issues of infanticide, euthanasia, and human experimentation, companion issues propelled into ugly reality by the legalization of abortion.

In additional action, VSHL joined statewide pro-life organizations in other states to form the National Right to Life Committee. Based in Washington, D.C., NRLC is the largest grassroots right to life organization in the country. VSHL is NRLC’s state affiliate in Virginia.

Many VSHL members work individually or in groups to serve girls and women involved in problem pregnancies and to alleviate other challenges to the human family that occur throughout life – illness, disability, dependency, and poverty.